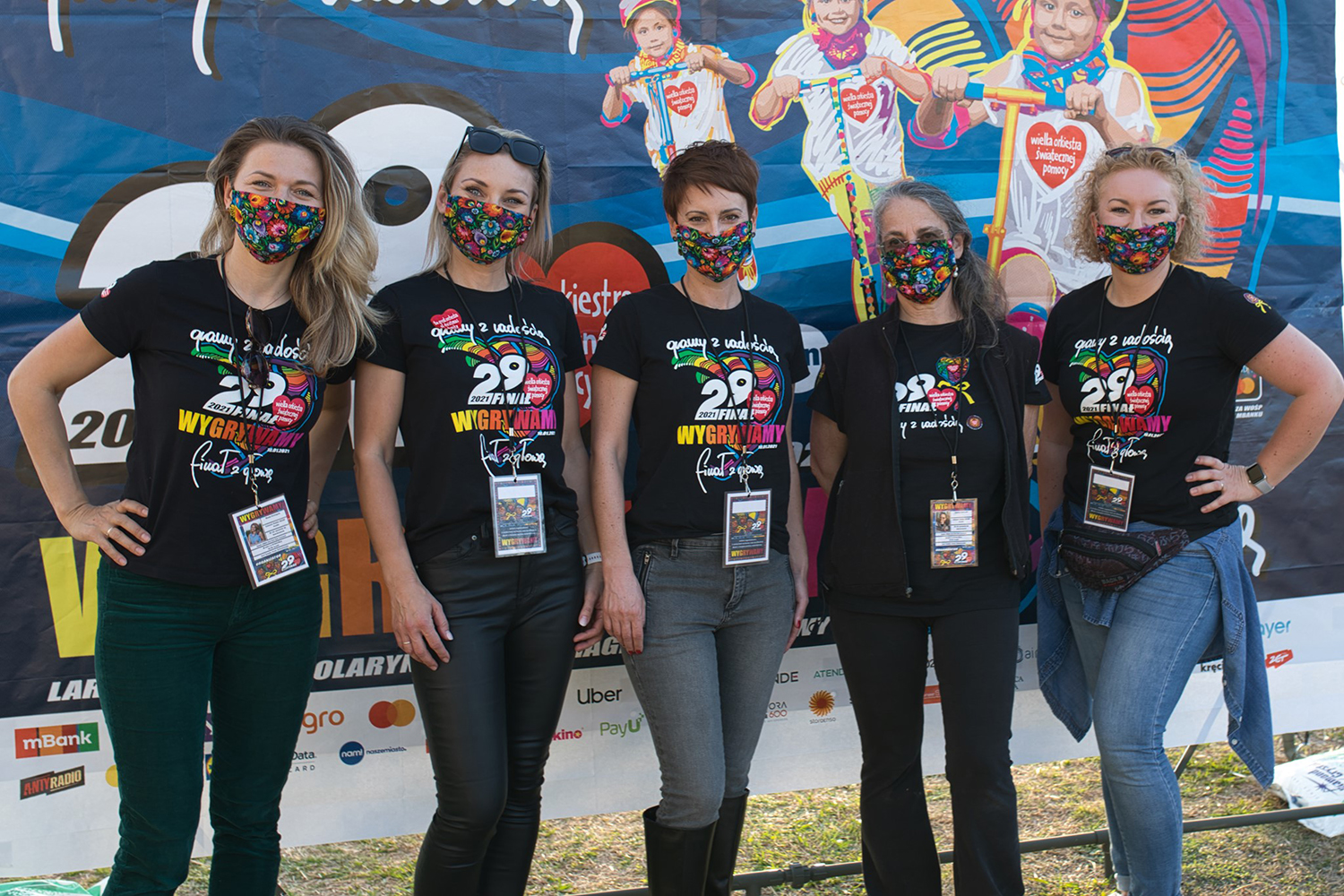 In 2021, the Dot Dot Dot Connect committed to organizing a local campaign for a non-governmental, non-profit foundation established almost 30 years ago in Poland (The Great Orchestra of Christmas Charity, GOCC or WOSP in Polish.) Its goal is to support health care in Poland by purchasing medical equipment for Polish hospitals.

Started as a one-off happening to raise money for the Children’s Memorial Hospital in Warsaw, it grew to be one of the most recognized charity drives in Poland and beyond. The drive is organized locally, and the entire country and the Polish communities around the world join into ‘play’ and to raise funds.

The Foundation supports a variety of child healthcare programs, such as neonatology, cardiology, prevention, or early cancer diagnosis.

The first time WOSP was held in Austin was in January 2020 with the 28th Finale event. It was supported in part by a local nonprofit, the Austin Polish Society. A video from this joyful day and a successful fundraising event can be seen here: Video

Despite the COVID pandemic and particularly because medical needs are now greater than ever, we were motivated by a strong desire to reunite the Polish community and raise funds for this important cause.

WOSP Austin group organized a series of online and on-site events to give everyone who wanted an opportunity to participate in a way they found appropriate for their comfort level. There was a family bike ride, a dance fitness class, an online pierogi making class, a family sport event, and an online live auction with a special guest from Poland: Mr. Maciej Orlos who is a well-known media personality in Poland. The Finale event was a socially distant picnic with live music, dance, martial arts classes, and activities for children.

WOSP Austin have also reached out to the Polish communities in Dallas, Houston, and even in San Francisco. We engaged WOSP Volunteers, Polish businesses, and an impressive number of collaborators to make this fundraiser a success.